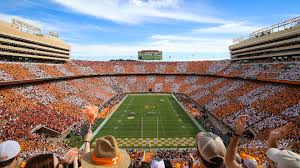 Sammy Winfrey, age 80, of Robbinsville, NC went home to be with the Lord on August 11, 2019 at UT Medical Center surrounded by family.

He was born September 2, 1938 in Andrews, NC, to the late John and Bertha Winfrey.

He was a member of New Hope Baptist Church.  He will be remembered as a hardworking, kind, and humble soul to all his friends and family.  He was a devoted family man, an avid Tennessee Vols fan, and a friend to all that knew him.

In addition to his parents, he was preceded in death by his brother, Johnny Winfrey of Andrews, NC; and his sisters, Pauline Galloway of Greenville, SC, Mary Ruth Foster of Andrews, NC, and Alma Hamby of Andrews, NC.

He is survived by his loving wife of 55 years, Jo Winfrey, and his children:  son and daughter in law, Terry and Buffie Winfrey of Maryville, TN, and daughter and son in law, Tammy and Dickie Godfrey of Marble, NC; his sisters, Josephine Winfrey of Commerce, GA, Margaret Ann Whelchel of Atlanta, GA, and Georgia Lee of Knoxville, TN.

Funeral services will be held at 2:00 pm Thursday, August 15, 2019 at the Townson-Smith Chapel.  Reverends Patrick O’Dell and Darrin self will officiate and his grandson, Josh Winfrey will provide a Eulogy.  The family will receive friends from 12:00 until 2:00 pm at the Chapel, prior to the service.  Burial will follow at Old Mother Cemetery.

Townson-Smith Funeral Home is honored to be serving the Winfrey family.  An online register is available at www.townson-smithfuneralhome.com.