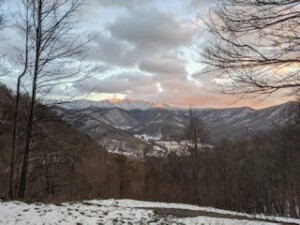 Cynthia “Cyndi” Drolshagen Plunkett, 60 of Stecoah, NC, passed away, Sunday, July 24, 2022, at her residence after battling a long illness.

She was the daughter of the late John and Cynthia Drolshagen of Plant City, FL/Stecoah, NC. In addition to her parents, she was preceded in death by her two infant sisters, Patsy and Margaret Mary Drolshagen, and sister, Suzanne Fowler.

She is survived by her husband, Charlie Plunkett; son David Plunkett of Pigeon Forge, TN; sisters, Mardie Drolshagen of Stecoah, NC, Peggie Sherry of Temple Terrace, FL, and Maryann De Castro of Charlotte, NC; eight nieces and nephews; and her cat and caring companion Bouncer along with the rest of the fur gang.

In 2008 after working 30 years in the banking industry, she joined the corporate team for Nantahala Outdoor Center (NOC) and was the Payroll/Wesser Accounting Manager. She loved working with the people at NOC and consider them to be her extended family. In her early adult years, she was active in the Daughters of the American Revolution (D.A.R.) at the chapter, state, and national levels.

Cyndi had an endless love for her husband Charlie and was passionate about her three dogs and four cats. Her love for the Western North Carolina mountains began when her family started vacationing in Fontana Village in the mid-sixties and built a home in Stecoah 10 years later. She was drawn to return to Stecoah and make it her permanent home in 2006.

A Celebration of Life gathering will be planned in the near future. The family would like to thank all the doctors, nurses, EMT’s and support staff that provided comfort and care for Cyndi during her illness.

If friends and family would like to memorialize Cyndi, the family wishes that donations be made to Graham Cancer Support Group of Robbinsville by mailing contributions to P.O. Box 1084, Robbinsville, NC 28771 in lieu of flowers.

Townson-Smith Funeral Home is honored to be serving the Plunkett Family.

You can still show your support by sending flowers directly to the family, or by planting a memorial tree in the memory of Cynthia "Cyndi" (Drolshagen) Plunkett
© 2022 Townson-Smith Funeral Home. All Rights Reserved. Funeral Home website by CFS & TA | Terms of Use | Privacy Policy | Accessibility